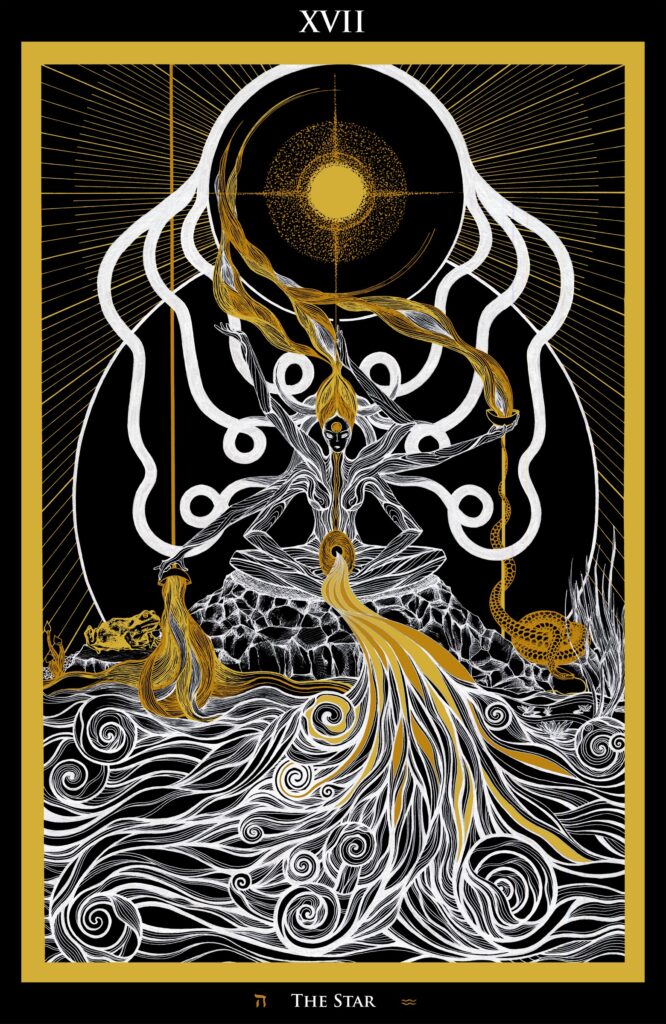 symbols
The waters of life and their transformation into creation

Path of He: Chokmah – Tiphareth

The card of the Star has a hidden archetype within it’s symbolism because it represents three forces. First, the initial unseizable light and the emerging pure fluidal force which moves every aspect of our multiverse, Secondly, the “transformator” or great mother who reflects the creational-fluid into measurable forces like time and light and last but not least, the egg which is herded by the mother. It would represent the symbolical son who emerges from these two archetypal forces – the star and the transforming mother.

To summarize: “The Star” is the true force or initial stream of an idea. The mother would be the active modulator of the stream, but passive pregnant with the force, which transforms light into matter or ideas into being.

The serpent and the toad illustrate the fertilization with different “transponder” currents which always cloud the aspects of truth or awareness with illusion and veils. This Yesod attributed forces make it difficult to get an idea of the initial stream on the one hand, but make it possible to experience an insight into the cosmos in a way a human can comprehend and transcribe on the other hand.

So the toad (symbol for the dark mother/jumper between worlds/ angler) and the serpent (symbol for wisdom/seducer/ provider of opportunities) are symbols for necessary forces which not only helped initialize the stream. They also make it possible to become a focused lens for one’s own inner light and an archetypical lightbearer (= active Star) oneself.
Whenever we fish in cloudy but deep waters the great giving and bearing mother can become the mother of pain, destruction and misery. (compare to the Shakti – Kali narrative)

That applies for ideas which are born without basic know-how, important situations without proper preparation or even spiritualism without a firm physical base.
In this case the stream of destructive forces would flood oneself and ones closer surroundings as well (in literature traditionally with blood/life force).
If this negative and dark archetype occurs, a vortex would swallow one up. It is often a painful, chaotic or destructive time but a great opportunity to rethink and re-feel ones life and get the initial reaction started, which primarily makes a star shine. 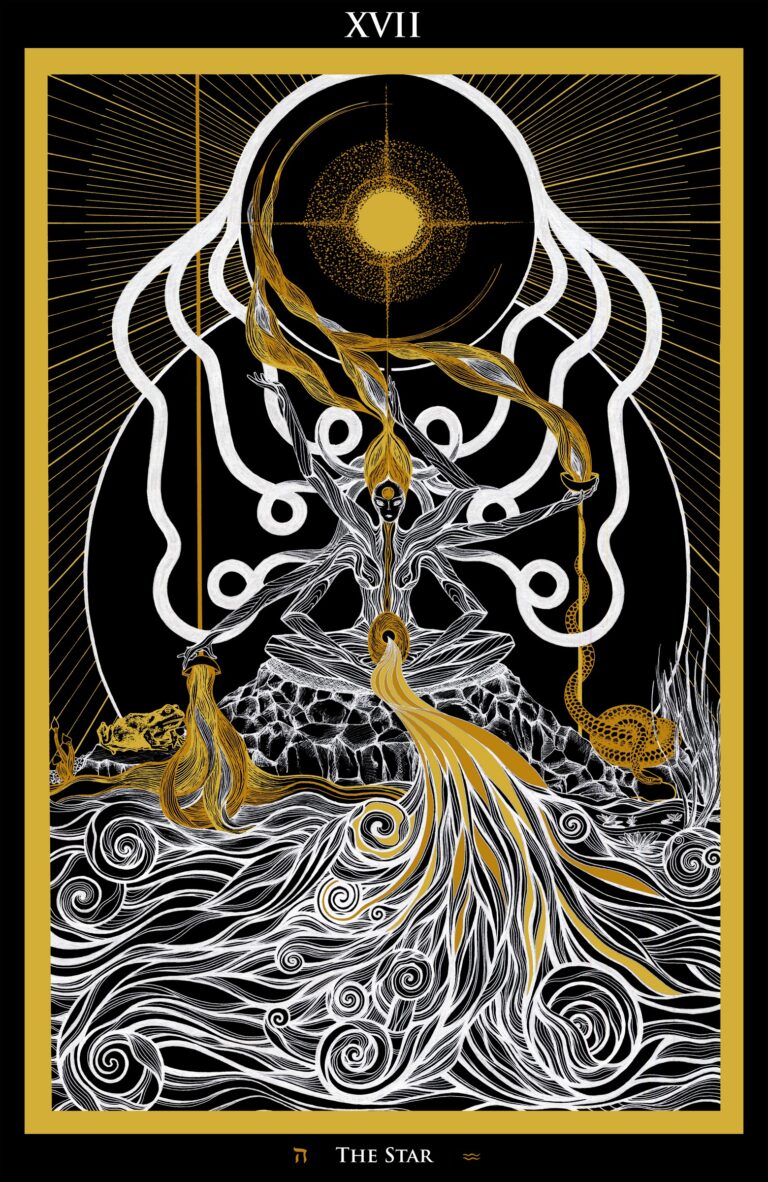