The Kabbalah, the Tree of Life and Tarot

The kabbalistic Tree of life and the Tarot are connected to each other by shared symbolism.
A short explanation can be found below.

Each Major Arcana can be connected to a path on the Tree of Life.

There are three elements (water, air, fire) bound in one (earth), seven planets and the twelve zodiac signs.

You can find the respective path to the corresponding Major Arcana below.

There are 56 Minor Arcana cards, 14 cards connected to each set.
These sets are called “Wands“, “Cups / Chalices”, “Swords” and “Disks / Pentacles”

The sets are connected to the four elements and to the worlds of the Tree of Life: 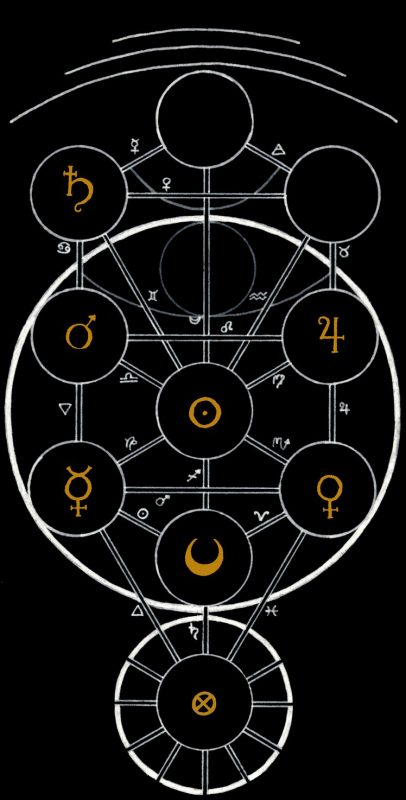 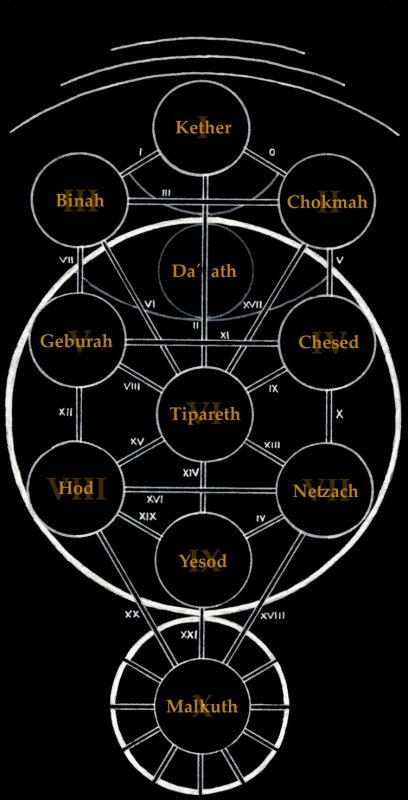 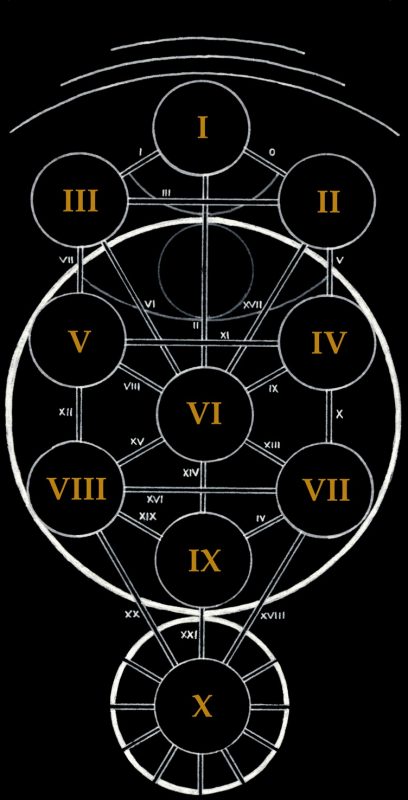 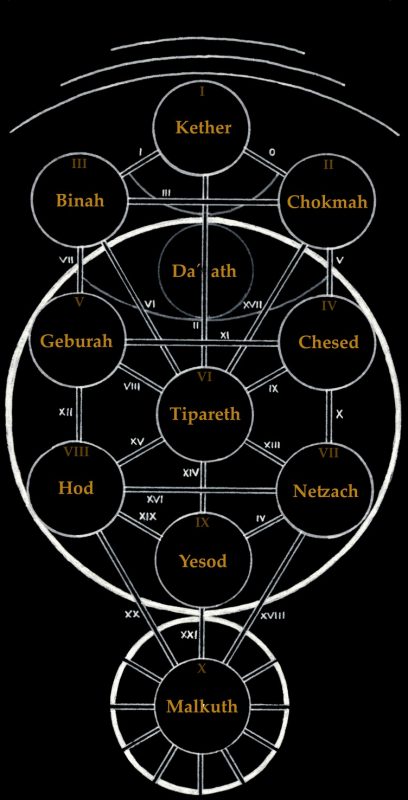 To summarize: The 78 cards of the Tarot represent connections between the planets and elements and zodiac signs.
These correspondences are the basis for studying the Tarot and the symbolism connected to the cards and of course the gateway to incredibly much more!

If you want to look into these correspondences and symbolism I recommend for starters:

ALEISTER CROWLEY’s The Book of Thoth

If you don’t know where to start your journey or have difficulties on interpreting symbols on your path, just write me a note and I’ll try to help.

– The kabbalistic Tree of Life can be a map to the body, to nature and to the cosmos, a geometric schema, a system of correspondences and much more – start exploring it’s mysteries.

– Each Sephira / Planet has infinite Kabbalahs within itself like worlds within worlds, so the correspondences and correlations are often difficult to define, endless and infinite, never absolute.

– The planets are not actual planets of the solar systems, but only symbols of their own. The same counts to zodiac signs and elements. There are correspondences to physical planets, elements and zodiac signs, but that’s only part of the whole story – dig deeper than that.

– each symbol is subjective to the mind and can never have a definite and absolute meaning.

– if a symbol appears as a card, in a vision or a dream it can mean very different things. The answer is within you and can’t be found in a book or the internet.