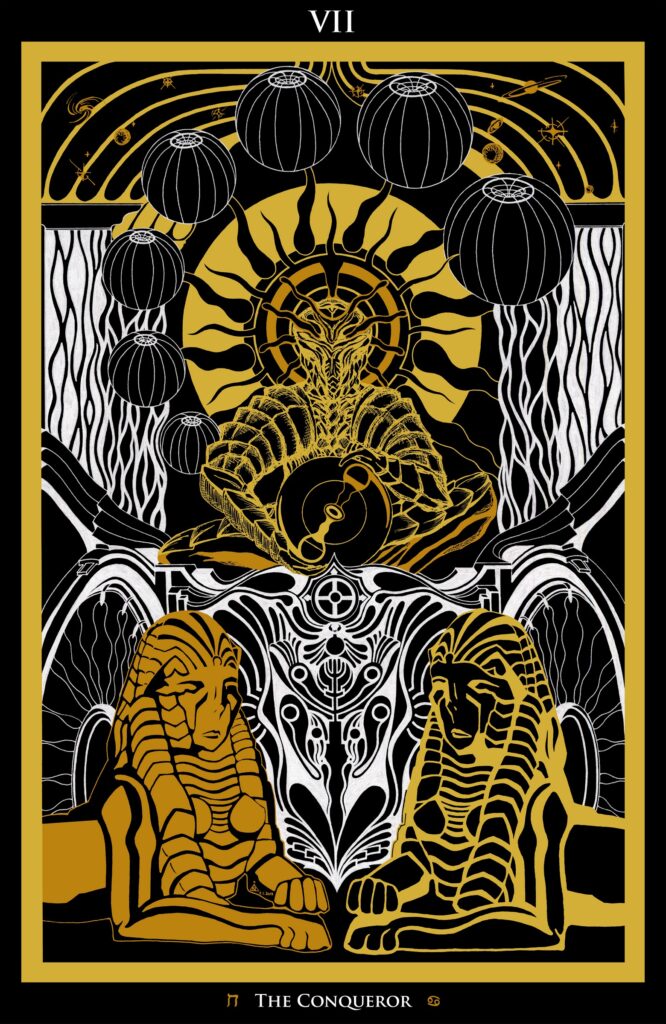 “the expanding force of daringness, will and departure”

astrology
Mars or Aries in connection to the sun

archetypes
Shiva or Osiris but also Ikarus or Phaeton

The card of „The Conqueror“ represents the young agile form of a nascent emperor who expands from the middle and has a goal, a focused sight and an idea .There is more to accomplish, to conquer or to gain – pure fire. He is a strong leader with potential followers but has almost no ability to connect to the world or others. He is the rising sun, the symbolic golden dawn or the awakening idea. These new ideas are symbolized through the planets emerging from the rays around his head.
The Conqueror is in the centre of the pillars and guarded by the baldachin of the mother (binah) which underlines his function as the renovator and bringer of the holy grail. His golden armour functions like a shell or husk and allows no deviant ideas to touch him. This means almost perfect focus but also rigidity in mind. Also the shell protects him from being disturbed or even recognized. While he is a strong minded archetype his appearance can be very inert. He is carried and moved by his carriage and therefore he doesn’t have to act directly (symbol of the cancer). During a confrontation he would never leave his shell or chariot. The Conqueror is absorbed in thought and sitting in a meditating position assembling his potential power. Goal-oriented as he is, he navigates his chariot without regards for his surroundings, leading to destruction of everything in the carriage’s way. Like the serpent of time (Ouroboros), the chariot is a symbol for repeating cycles. Everything old or outdated must move aside or it will be destroyed in the vortex of the wheels.
The Conqueror is usually very sure of himself and that his new concepts will prevail. The chariot symbolizes directed will and departure - often a quest.
Because of this strong intention this archetype cannot have respect or sympathy for the weak, unconcrete or flexible. So the person embodying this archetype can be the hero, initiate, warrior or simply an egocentric maniac. The card can also be a warning of overestimation of one’s own capabilities or imminent recklessness. 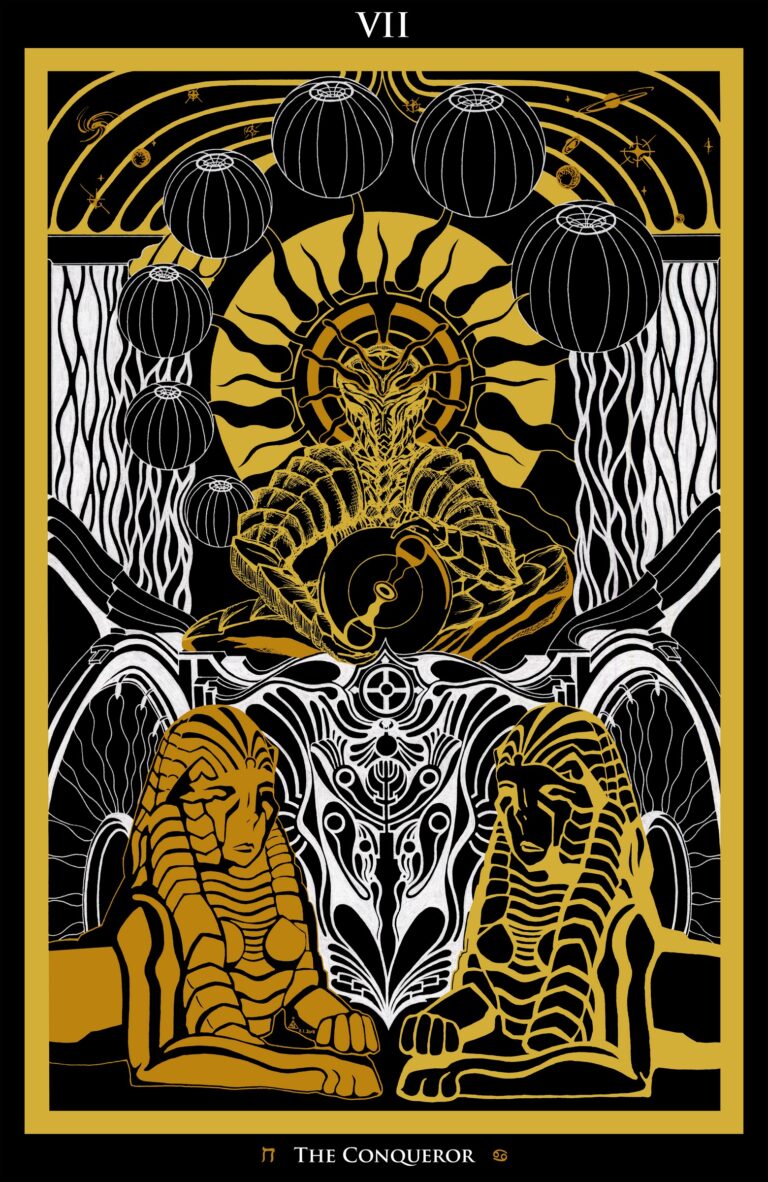