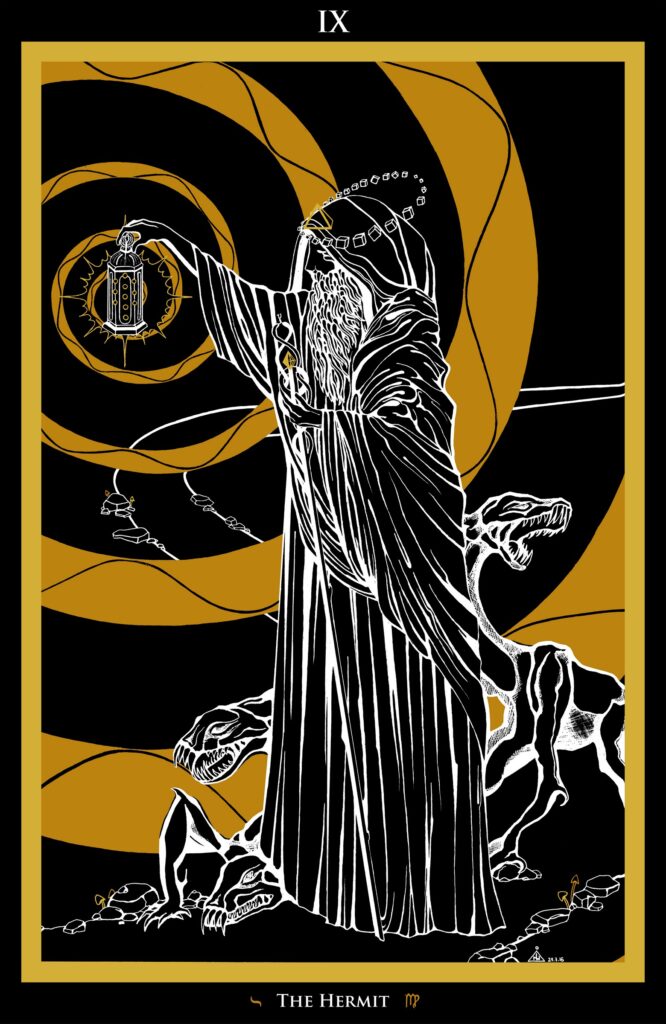 “self discovery through introversion”

This archetype represents the wise but seclusive hermit. The old man embodies retreat, quietness and introversion. This card symbolizes the search for truth within ourselves and retreat from the world and all of her distractions.
The lantern guides his way through the darkness of the mysteries not yet discovered. Within the lantern shines a light symbolized by the tree of the Sephirot. This means he has a map or a concept according to which he can collate his experiences.
The kabbalah is a symbol which could be replaced by the periodic table, an alphabet or a source code. This special assignment or order keeps the hermit from getting mad in his studies. Unfortunately, if an outsider or stranger who doesn’t know his scheme watches the hermit, he must appear like a lunatic or maniac.
So usually he is forced to be quiet, because otherwise the world might try to harm him just because he seems different. This is a dilemma, because often a hermit would have much to say or contribute to his society, but excluding himself makes him unable to translate his insights or knowledge into common language. So this archetype usually refers to a specialist of a certain category who cannot connect to the people around him. An example would be a programmer, nerd or scientist who is not able or willing to compile his studies into a coherent tongue (alchemical mercury correlation). His wand of Hermes with the diamond on top again represents the search for truth, but also his balanced relation to his certain expertise.
The light draws concentric circles – a symbol for evolving knowledge in this archetypes category of study. The light surrounds him with a characteristic aura. Because of this he can appear forbidding, holy or even minatory. Whatever it may be, the outside world recognizes his particularity in the one or other way.
The mushrooms on the way are both a symbol for his special knowledge (only a well versed wanderer knows his fungi) as well as his connection to  the source or the inner voice. Only when resigning to the diversions of the world one can truly look inside and discover the voice of silence and the latent treasures of the multiverse, which are well hidden within.
The three headed cerberus which accompanies him symbolizes both, the complaisant guardian of the mysteries and the deep hollows the hermit crossed on his path. The tamed beast is a sign of these journeys into the inner depths he has already taken. 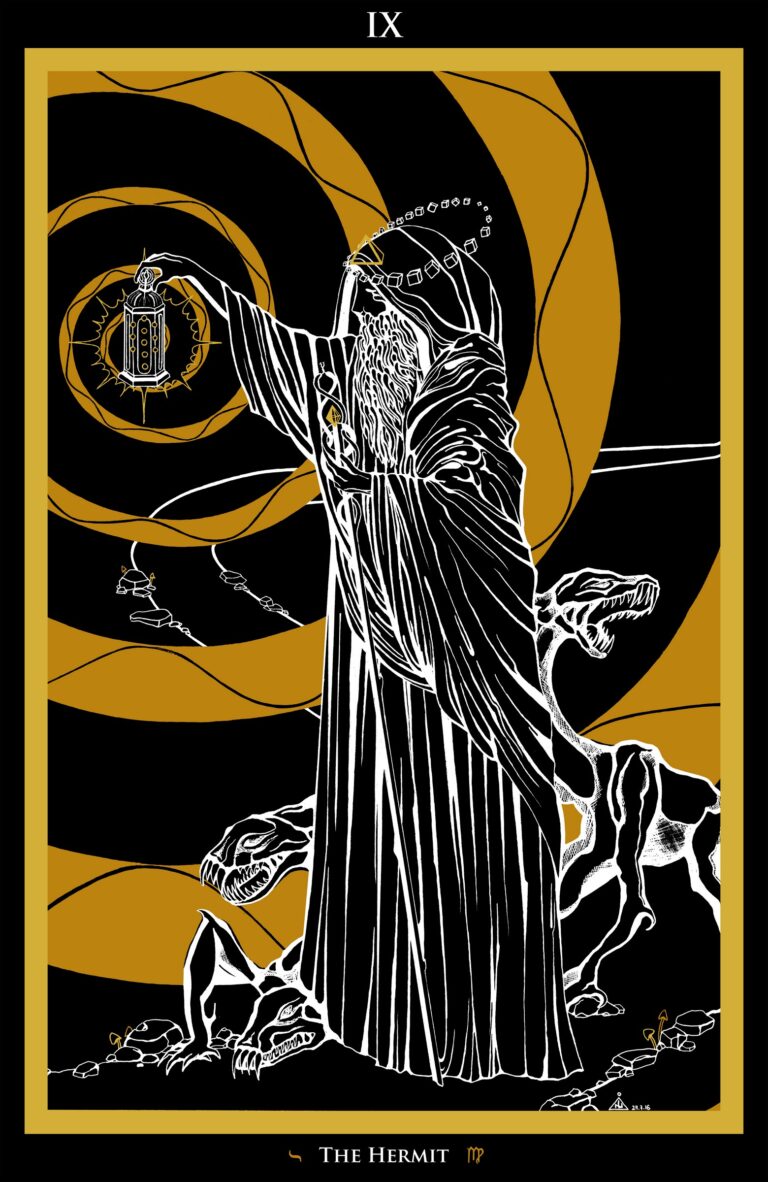