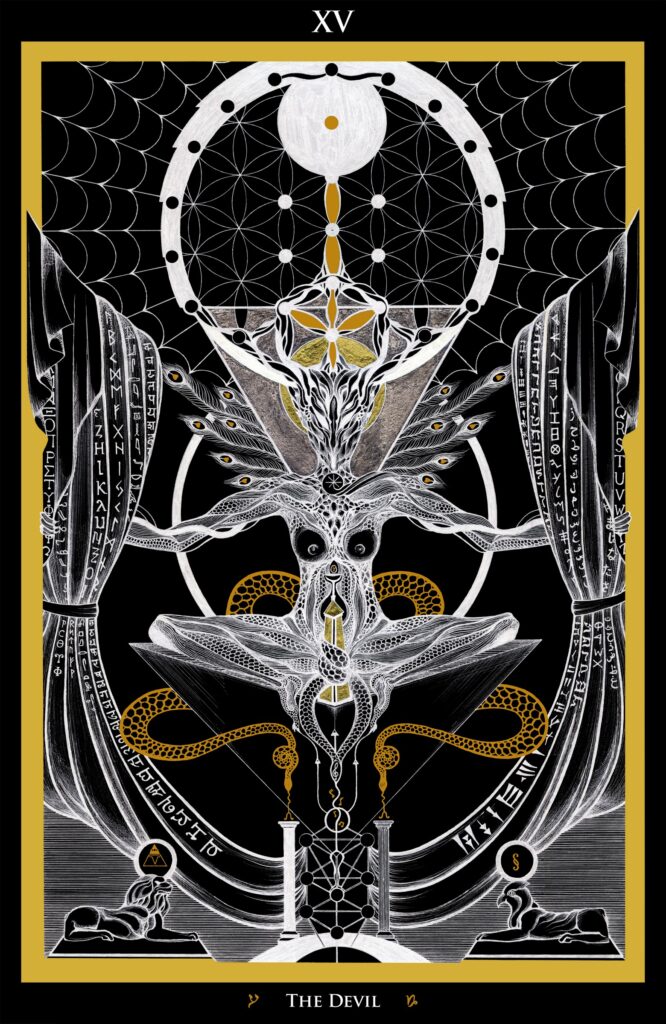 “the masks of pretending and exaggeration”

symbols
Lust for power, materialism, outside forces and influences, appetite and graving

Of course “The Devil” is not male or female nor an almighty hostile being – it wears many masks. Mostly those of exaggeration, diversion, materialism and obstinacy, always prevailing in it’s most beautiful glory and colours, often guarded by institutions of law and hierarchies.
The veils which represent our realities we are trapped in are depicted left and right. The different letters would represent language, culture and hierarchy as well as division of unity.
As you can see there is a small kabbalah in the lower area of the drawing. That’s because there are many world views and religions which worship very small, devilish and extreme aspects of this great illusion.
In the first phase of awakening the god we believe in always becomes the devil. The world view usually changes upside down before entering a different realm of awareness.
The Flower of Life in the upper area of the drawing represents the gnostic creation or web (compare “XX – The Aeon” and the myth of Jaldabaoth) which emerges from the symbiosis of the active mind/idea/light interacting with the passive network (aether). A physical expression of this symbol would be our big-bang and creation itself.
“The Devil” also often represents a foreign illusion we came to believe, when we lose or never develop our own. Once trapped in someone else’s net, it is difficult to get out. To find the true inner self, one can’t comply with ideas or structures and truths of other beings, organisations and religions. A key-phrase would be to “create an own unique view about oneself and the universe, instead of believing in a foreign invented system”. The first step in escaping the net, is always to try to forget about what has been learned and start a different approach on a certain theme.
To struggle one’s way out of someone’s illusion one must study the own truths and inner depths. Outside there are many ideas of different religions, gods, whom to choose as enemy and friend, and what to believe in general. Inside there is no propaganda, no option formers or influencers, no pyramids but just the own devils to face.
It’s convenient being abstracted all the time because often it isn’t something outside of us we are fearing, but the inner demons who knock from inside. So the goal would be to face them instead of pointing at enemies all around us. There is no essentially evil entity in the multiverse – just some beings who followed a wrong order or idea and got lost in it.
If this card is pulled it’s usually a hint to rethink some current opinions and to try to subduct one’s influences. This card is almost always a warning that there opens up an opportunity to do something really wrong.

Also worth mentioning:
In pop-culture the devil is seen as something like a second anti-god who is the master of chaos, slavery and destruction. One can define this phenomenon as the wish to create a dual god and enemy concept. One ultimate good creator entity vs. one bad destructive scapegoat is a dual worldview that will never fit any logical system.
Something like that wouldn’t exist for very long, due to the laws of the multiverse, which any order and structure must obey so that it can dwell. Even an abscess on the celestial body needs rules how to grow, and growth is never destruction, but more exaggeration.
Our society for example is dwelling on that principle – in every aspect.
Getting influenced by certain currents is never an excuse to get trapped in one or many of the various nets surrounding each and everyone of us. The devils outside are not almighty and there is no need to choose a master outside of oneself. 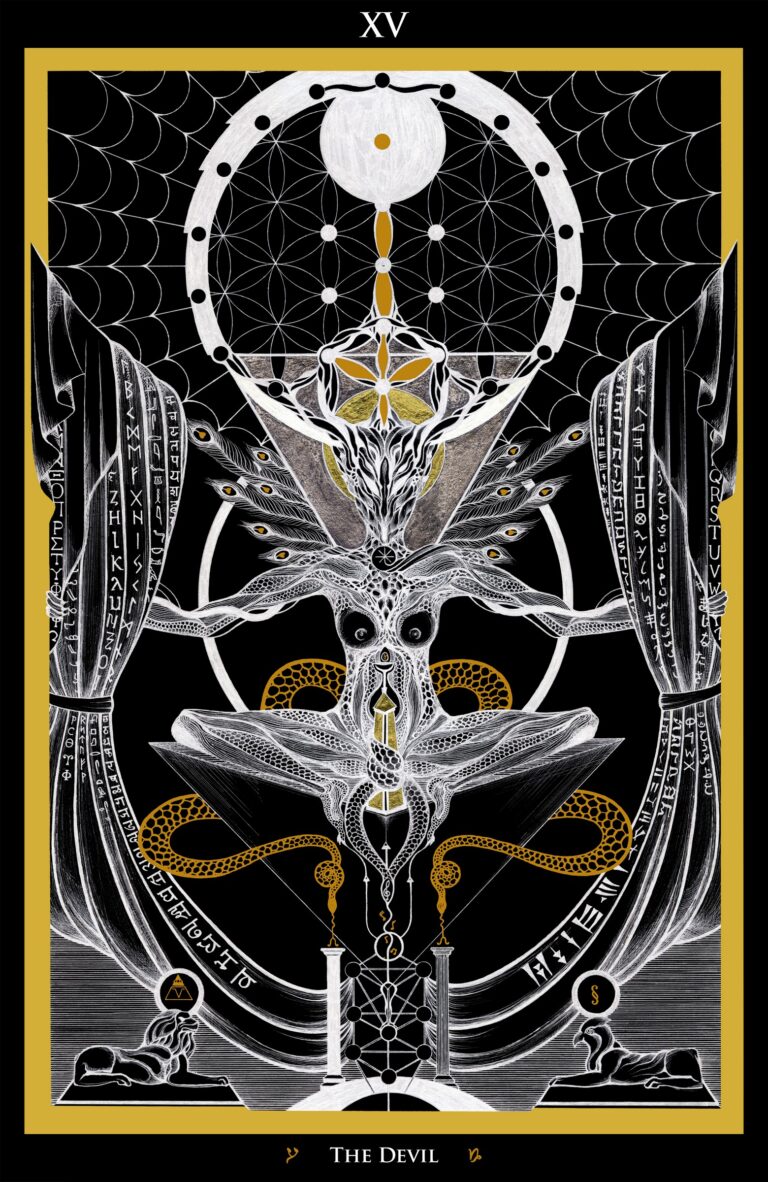