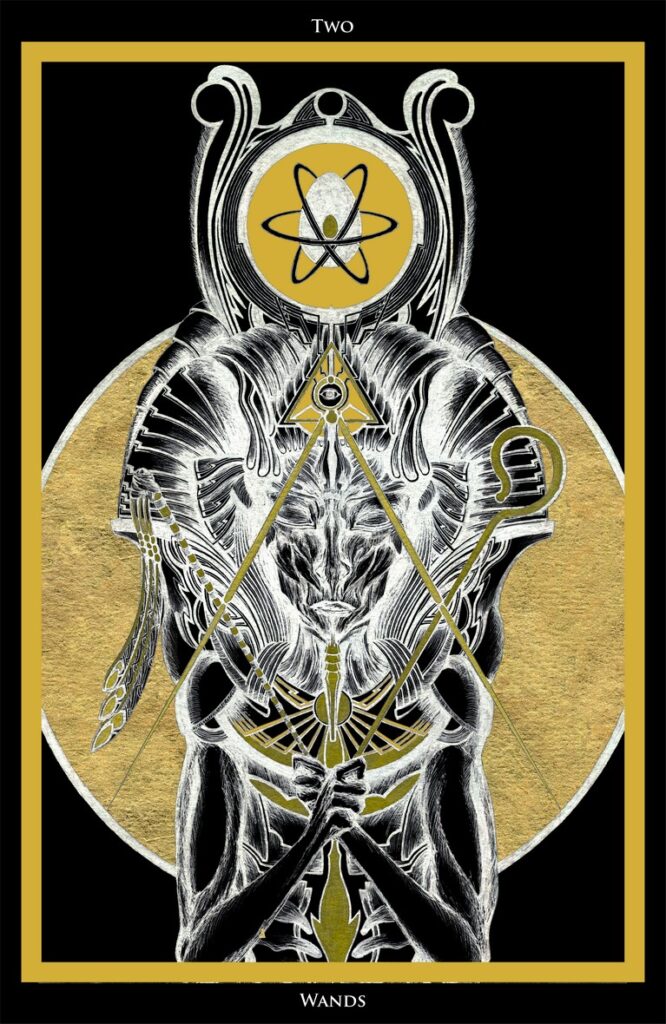 “the unveiled pattern of intelligent design”

One can observe the archetype of Osiris in this card. His eyes are closed, the third eye is open. He holds two wands, the crook and the flail. The shepherd’s crook symbolizes resurrection and protection, the flail would symbolize fertility. These are important attributes which shall be explained in the extend of this text. Osiris is attributed with the constellation of Orion which can give further clues to the meaning of this archetype and card.
Osiris is a dark and therefore hidden god. He is dreaming about what has yet to come. In his mind an unreachable thought is assumed. Like roots or mycelia the thought lies hidden but represents the base of all which will emerge. In his mind a vague vision of what’s to be is dormant but already evolving without being observed by others. This is the most delicate phase of becoming what’s to be. In biology one can refer to transcription of RNA into DNA, or to what happens in early spring underneath the snow layer. Beware – every mistake in this process will eventually influence the outcome to an enormous part.
This process can’t be shared with others. It is a development that happens within and demands a huge amount of focus inwards.
The egg above his head has not yet emerged from it’s shell. This Orphic egg is guarded and hidden within a maze. It is necessary to fight through diversions and allurement to find what’s important within. It is not overstated to refer to this journey about finding the life-changing holy grail.
The heroes journey isn’t about arriving, it’s about the trip along the way. This voyage will shape and mould the grail which can be gained. Decisions have to be made and trials to be passed to gain and fixate this one idea which changes all.
The idea itself is full of opportunities but it isn’t yet in motion towards a goal.
The initial idea or nucleus must sprout before taking form. In the beginning the seed should be sheltered and even kept secret to blossom one day. Talking to early would endanger the energetic spark which lies within. Let it cycle until it has enough spirit or power to sustain itself. The next step would be to plant the seed into fertile ground. To grow, it should be nurtured with care and love, but we aren’t there yet. To give an example: This is the phase where an artist, an engineer or an architect sits alone in his chamber and sketches the first drafts. Everyone who has done this before knows that this process is a delicate one and mustn’t be disturbed by an outside force.
Patience is required when the plan is settled. A goal is not yet necessary and shouldn’t be forced if not in sight. In chokmah, triangulation is neither yet possible nor required. To aim too high for an unreachable goal and think too big into the unknown can imperil the whole delicate construct and plan. To find the right balance between floating with the current of the idea and constraining it would be the challenge of this card. 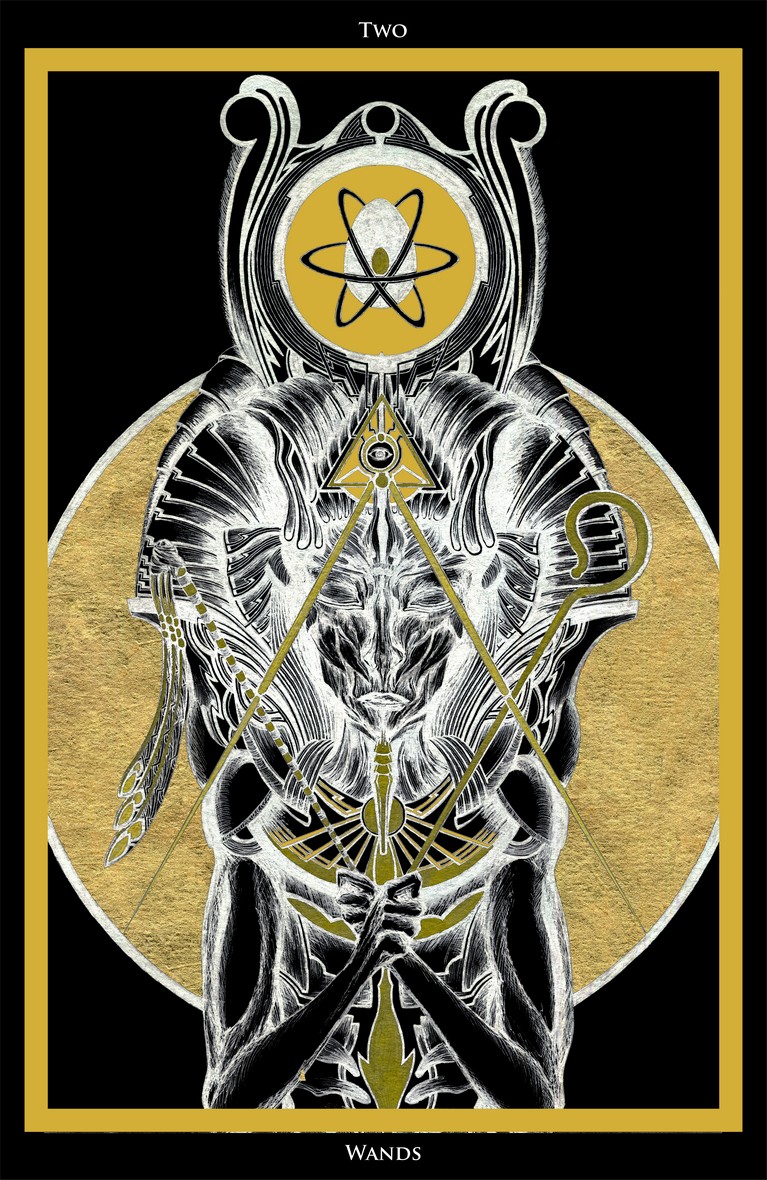