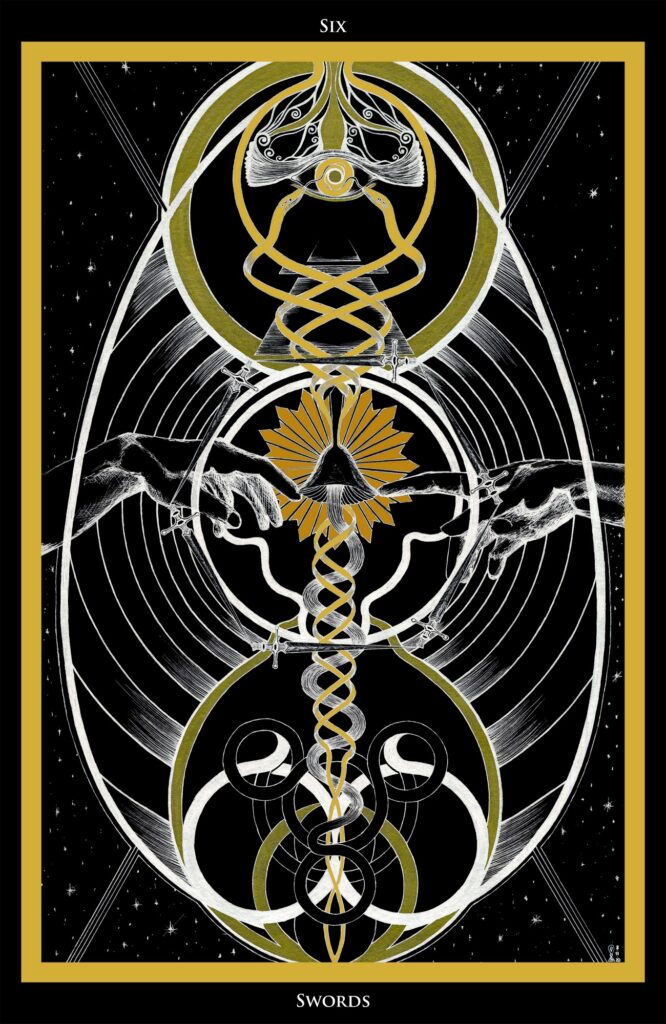 Often this card is associated with leaving something or someone behind and turn towards the new beginning. For this to happened there has to be a major transition made. This will to change is always based on a striking insight which cannot be ignored or buried. The saying “hat has been seen cannot be unseen” describes this awareness best.
In a spiritual context this occurrence could be called epiphany or enlightenment. It is often misunderstood that being enlightened is a constant state of being, but it is rather one insight, concentrated in one moment, which changes everything. Keeping this light burning is another challenge and an ongoing process which should follow this moment of transition.
In the lower part of the card you can observe the entangled cycles which can be called life or normal course of life. They seem to be endless and offer no visible escape. However if returned to the ground, to the initial point of being or to oneself there is an opportunity. A small path leads upwards. Like the DNA it spirals upwards, accompanied by the serpent of knowledge and insight. This path isn’t easy and it isn’t a usual one. It is often lonely and difficult to aspire, while held down by daily routines. But leaving the circle of struggle one enters the circle of insight, marked by the mushroom in the middle.
This moments appear almost like taken out of space and time. One will immediately recognize it when being in this situation – it is the return to simply being, followed by epiphany and a decision or choice.
The two hands touching the head of the mushroom are taken from Michaelangelos “The Creation of Adam”. They symbolize the next step in evolution of the self, self awareness and being close to the initial inner sparkle (this could be “Kia” in Austin Osman Spares words).
After being stroke with awareness two paths are possible. This card is the chance for huge change but there’s always a choice. It is possible to fall back into daily routine and take the way down again. If this choice is made it can’t be expected that the cycles appear to be the same as before. They must feel more stale and staid when having been part of true insight.
If the other, brave path is taken the next step will be a new beginning and the true self will be evoked. In the upper part of the card one can grasp what this means. Focus, being in control of one’s own life and further transition into being “more” then before. There is great opportunity within thin card – don’t waste it by overthinking this process but follow your gut feeling which will guide you well. 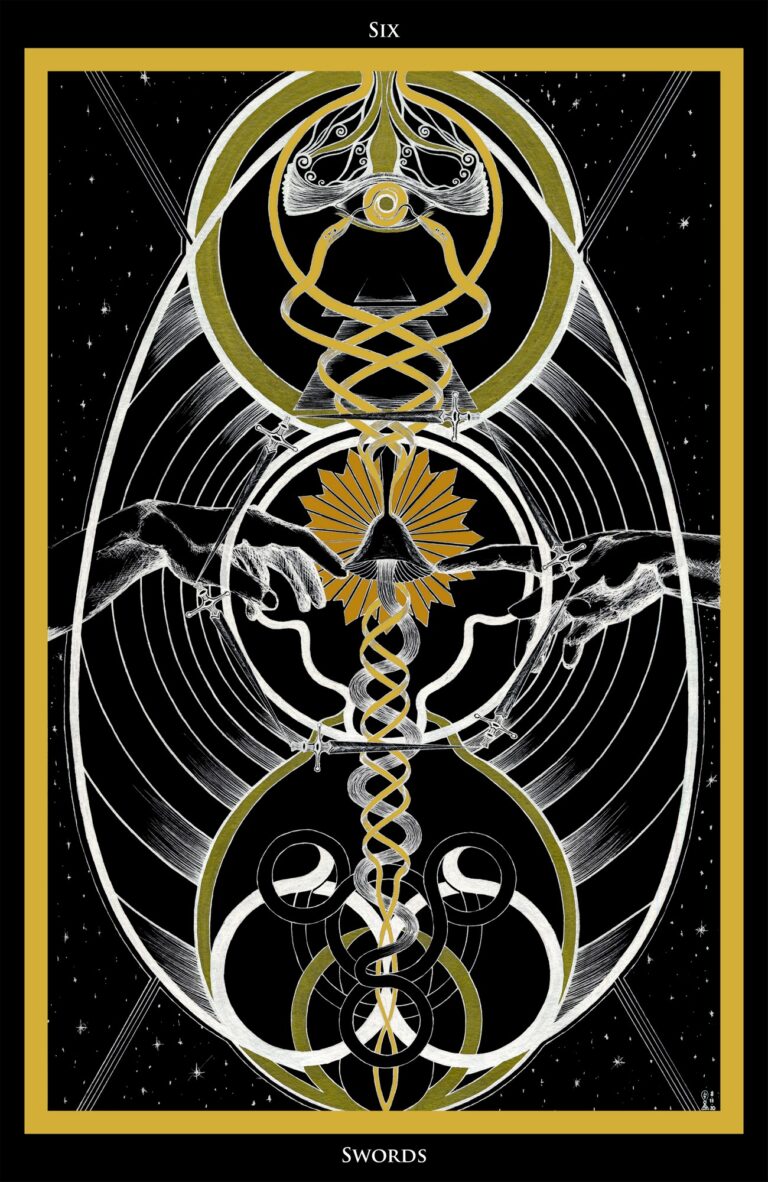