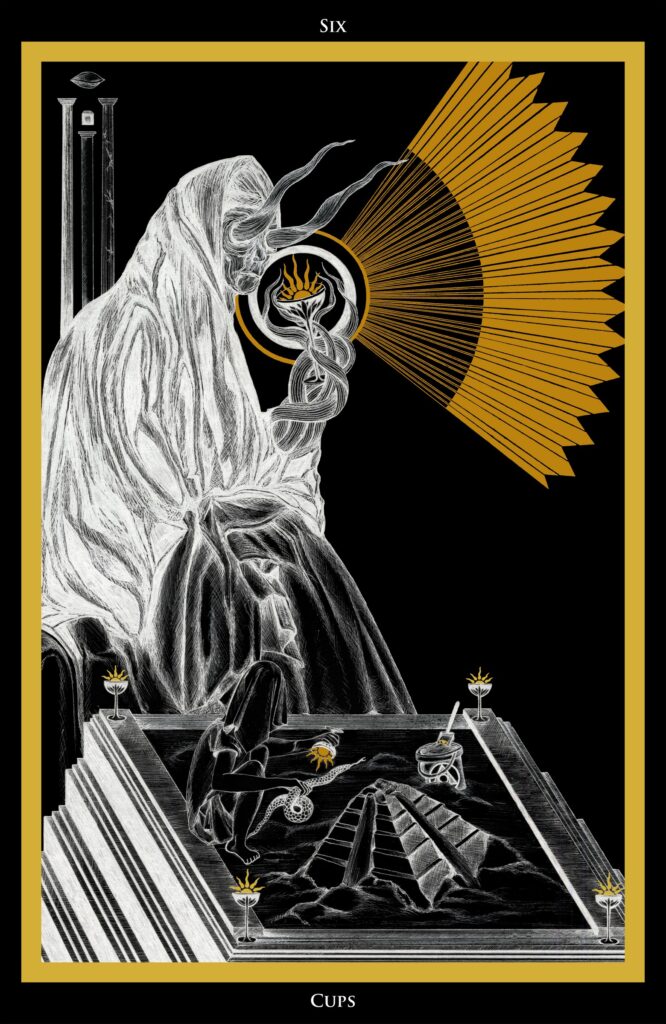 „the cycles of life“

symbols
memory, recurring challenges and the change of tides

analogy
a golden but elapsed era

This card describes the relationship between old and young, past and future and looking back and forward. It’s a very positive card and one of the few of the deck which has a conciliable view on time. The „old“ is looking back into it’s own past and watches the „new“ rebuilding and playing with the aspects of the future. Future is always the recuring past so this card means we can oversee a cycle or a period with new, aged and experienced eyes.
I chose to depict the „old“ as an elder entity who enjoyes the fruits of it’s work (the cup). In the background I referenced to the symbol of the fractured tower (the past structure) and the black stone and closed eye on top.
In the front you can see a child playing in a sandbox. The sandbox itself is the top of a topless pyramid. Inside the sandbox the child is building yet another topless pyramid. I referenced to the endless cycles within cycles and the constant building of the same structures. Also while „the old“ was already able to build a firm yet decaying structure (the tower) the child regards it’s pyramid as already equivalent. In the corners of the sandpit there are four cups which restrict the playground. The geometric structure of this cube is a symbol for the physical world and it’s restrictions.
While the suns emerging from the four cups enlighten and nuture the playground the elder entity in the background enjoys the sun like wine. This is symbolic for the physical end of matter – black holes, the closing of cycles and also the development from restriction BY, to usage and consumation OF energy.
The playing child has all the tools it needs to build up his sandcastle or hierarchy. The serpent, the eye and the cup are some of the main alchemical symbols and refer to the merging of universal components.
Pay attention to the different points of views. While for the old the whole scenery is „just watching a game and a play“, for the child it’s new creation is very serious. It would even refer to it as „great opus“.
In this card the old is approving the play without intervention since it knows that during playing there are no mistakes but only lessons to learn.
The old shows it’s face even if it seems scary to the ignorant because we always believe to know what the old/past is. However the past remains a topic which is subjective to the point of view. It can hide behind the air wheel of time and does only show it’s face to those who are willing to learn from it.
It cannot be changed any more and therefor has a fixed position – humanity had time to process and investigate the past while the future is unknown and uncertain. That is one of the many reasons why the child is wearing a veil. Also it cannot see clearly through his curtain even if it is not aware that is the case. It happens quickly that the young judge the past and forget about the imminent problems of the present or future. The major Arcana card of „The Aeon“ also refers to that dilemma. 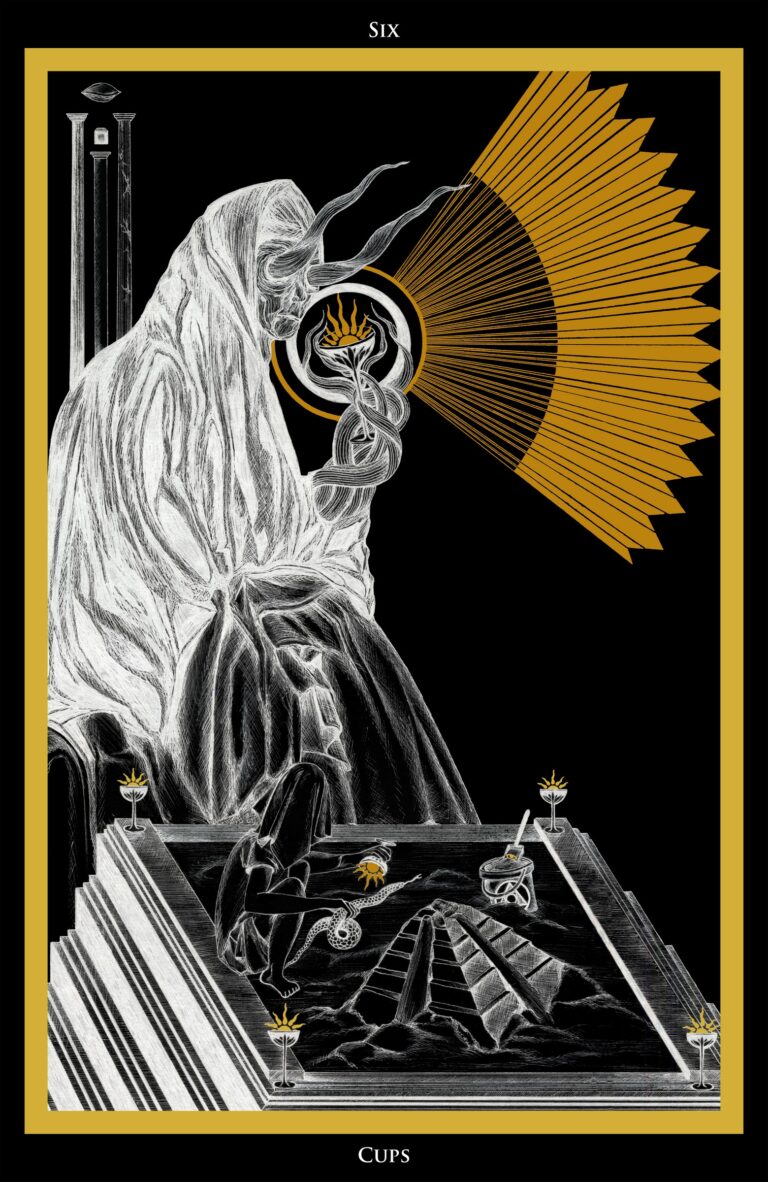