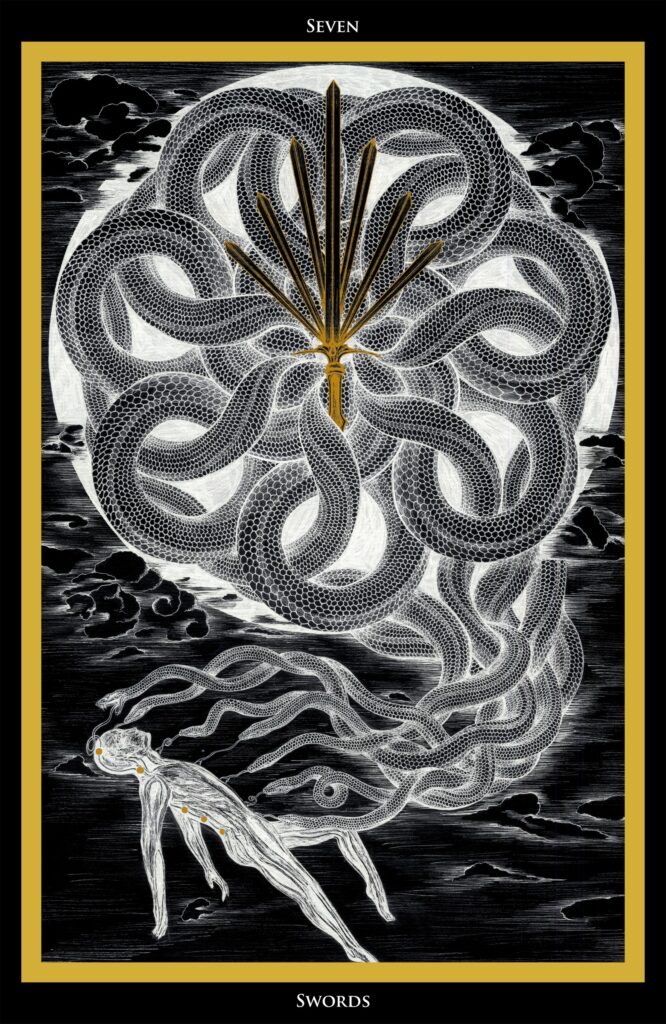 The idea of this card is deception which masks itself as salvation.
I chose to depict seven serpents who’s origin is in the clouds. They twist down to a figure who is held up by them. The seven chakras are „infected“ with their ideas and insinuations. The figure experiences joy or extasy while he/she is not aware of his situation.
The notion of this card is connected to the element of air because like every good lie or illusion it is vague and difficult to comprehend or grasp.This card can refer to a deception from outside but also often the falsehood lies within. If the problem is likely to refer to the outside we are called to question our influences and current input – in connection to the card of „XV – The Devil “ this theme would be very distinct.
If we struggle with a decision or chose to look away from an emerging problem within, the task would be to disentangle our struggles and search for the core of the issue.