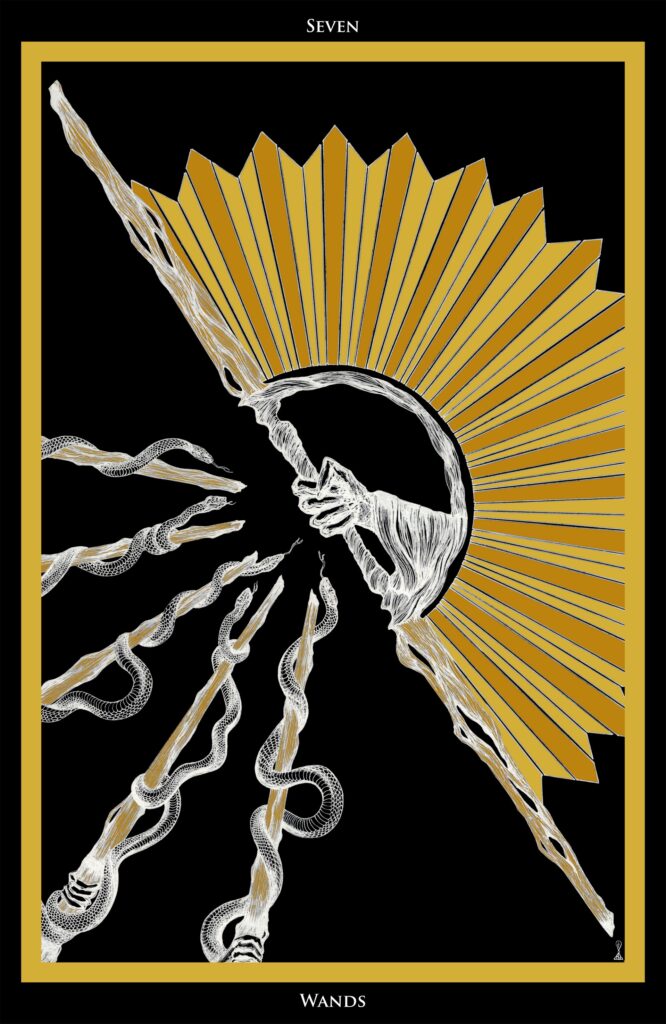 On this card five wands are attacking one defender. The five adversarial wands symbolize the marsian spirit of attack (Geburah). The two wands, which defend are becoming one in the hand of the self assured self. Only by gathering oneself and focus, one can become able to protect or defend an argument against such strong adversaries.
Usually the serpent is a positive character, but it has to be seen in context to the surrounding symbols. In this case the five venomous snakes are crawling up the attacking wands. They symbolize a powerful attacking force, but can also be a hint for treason and betrayal.
It is obviously time to defend an argument or point of view, or fight for others, who can’t defend themselves.
The goal here is to stand by something or someone. It becomes necessary to define and sharpen the own will while the standpoint is being attacked. Be cautious to not be trapped in the passive role but to step back in the active role when there is a chance to do so. 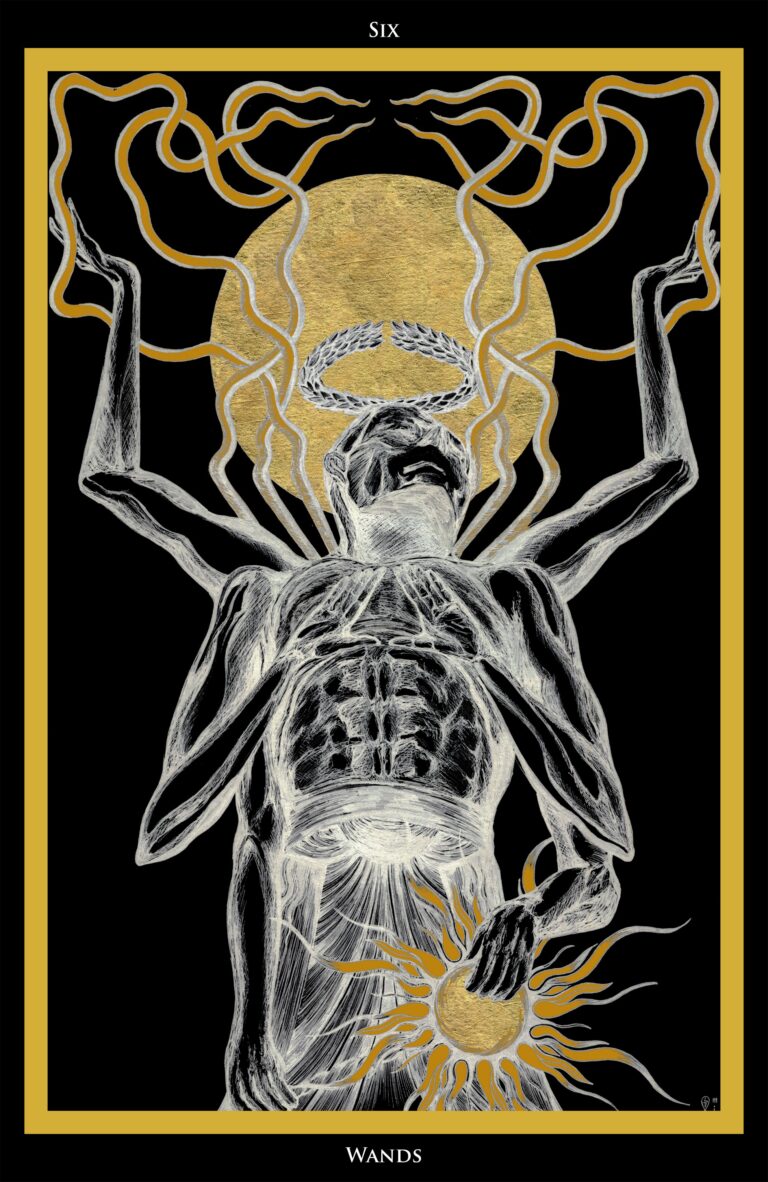