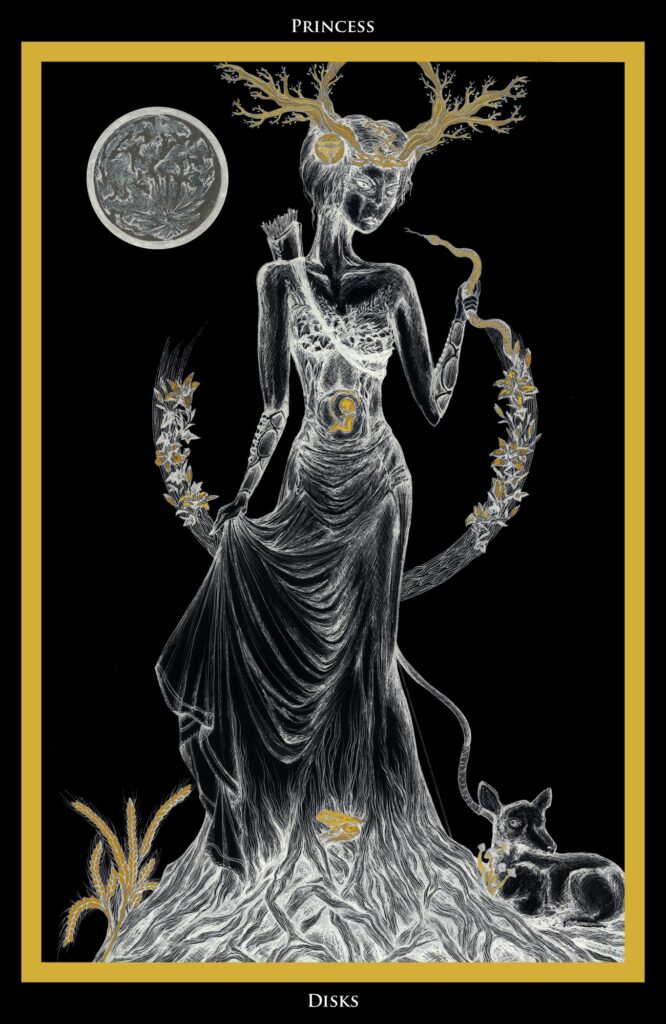 „the depths of the earth“

We can observe a strong but elegant woman, enrooted with the earth she is the patron of. She is Artemis, the virgin hunter, patron of animals, the woods, birth and femininity. The moon indicates her hidden and unseizable nature. The women depicted also represents the goddesses of fertility, which represent the fructuous land and pregnancy. Although she is a virgin, she is pregnant with the liberator, which indicates her connection to the christian Mary.
She is also a symbol for the passive strength and hidden power of earth itself. Her roots last deep into the underworld, where countless treasures and mysteries are hidden.
The lilies and mushrooms are an indication of the danger which awaits those, which disgrace and exploit her, but also a promise to those who wish to get to know her better respectfully. She is kissing the serpent amorously which is a symbol for the promise of redemption, coalition (the chymical wedding) and a hint of what secrets lie into the depths of the earth or womanhood if honoured and valued. The rootage which leads into the deepness only opens up to the aware and respectful explorer. The toad between her legs is a messenger of Hekathe, a gatekeeper and an intermediary between underworld and upper world or physical and spiritual world. Earth or the netherworld is not only symbolic for our subconsciousness, but also our body as a whole. The more one exploits and acts against the nature of things and against his own nature, the more terrible this archetype of the great goddess appears. The more one is ready to show mercy and act according to his true will, the more positive the experience becomes. This archetype is a constant examinant of our current physical state and ready to warn or give clues and hints if a path correction is needed. 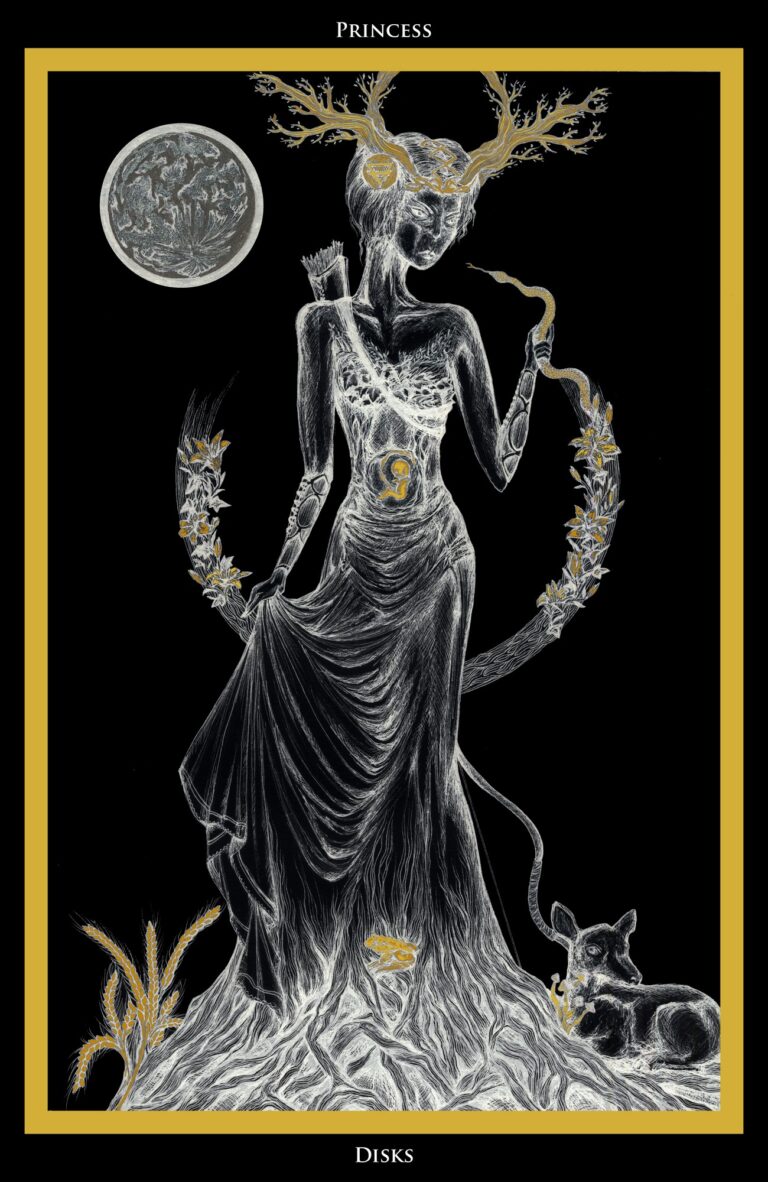