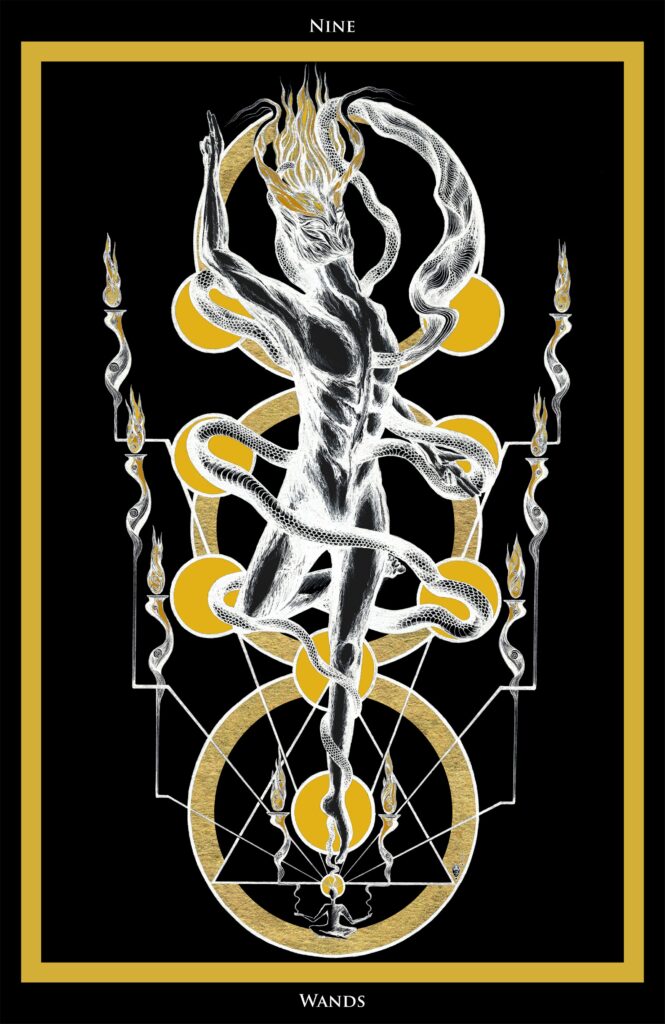 “the final spurt before inner balance”

The protagonist is standing within the quabalistic structure. At this point this archetype is already part of a bigger picture.
Two wands are being held by the meditating person – they initialized the journey a while ago. Six wands are at the side, which symbolize the path or the battle of “getting there”. Finally this archetypes head is on fire, being the ninth wand himself, emblematizing the goal which one has nearly acchieved.
The meditating person in the lower area has finally risen above the physical self and is on the way to understand and/or achieve something which lies beyond only being corporal and passive. The search for this inner harmony is still in progress. With endurance an idea will certainly emerge which shall be more then the sum of it’s parts – a firy new current will be born. Only by being resilient one can walk forward at this point.
With both hands, the figure is making the “as above so below” sign which isn’t only a universal law from which we can describe the world around us, but in this case it’s rather a sign that within and without balance will be acchieved shortly.
The serpent which wanders upward through the centers of the body is both, a symbol of enlightenment but also inner struggle. We must always remember, the snake is both the tempter and the lightbearer, not alternately but at the same time. An inner voice may suggest to give up or turn around. It may even promise comfort and peace if backing down. But this comfort would only be convenience and the peace only passivity. This inner combat is necessary to actively choose to go on. It makes the experience real and counterbalanced.
To outgrow oneself means to struggle with the part of th self which doesn’t wand to die and be left behind. Even if focused, like the meditating person in the lower area is, the body must still obey the law of idleness. The will shall overcome this inner aspect and lead oneself to a higher purpose. Developing a backbone and strengthen oneself can be advised in a physical but also in a psychological matter. There will be seemingless insuperable barriers and the inner fight can hurt one to a certain degree but that’s a part of learning to reach for higher goals and to balance the inner counterparts. This card is usually a symbol, that whatever is going to be acchieved isn’t far away any more.
Do not give in at this point! There is a danger of falling if looking back or down. This fall would be deep since almost all of the distance is being covered already.
Shortly before the goal the path is usually the hardest, but the goal is almost in sight. The final spurt won’t be easy but the reward will be tramendous. 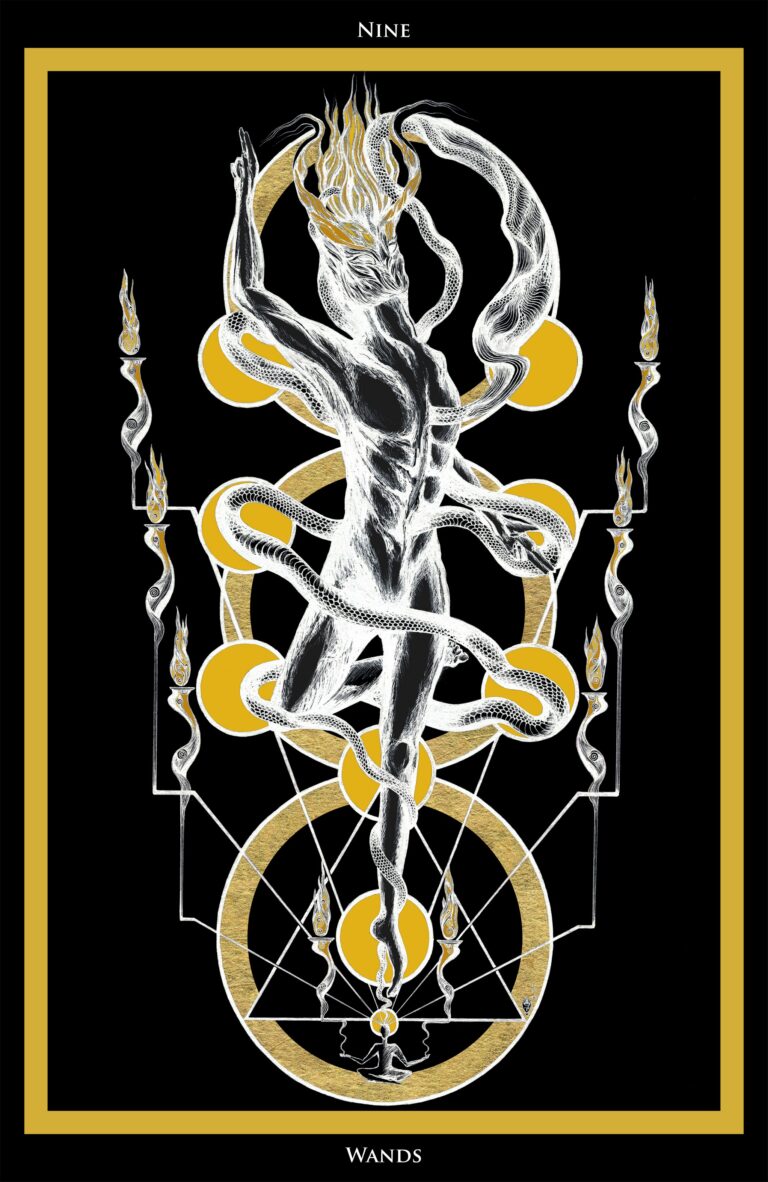