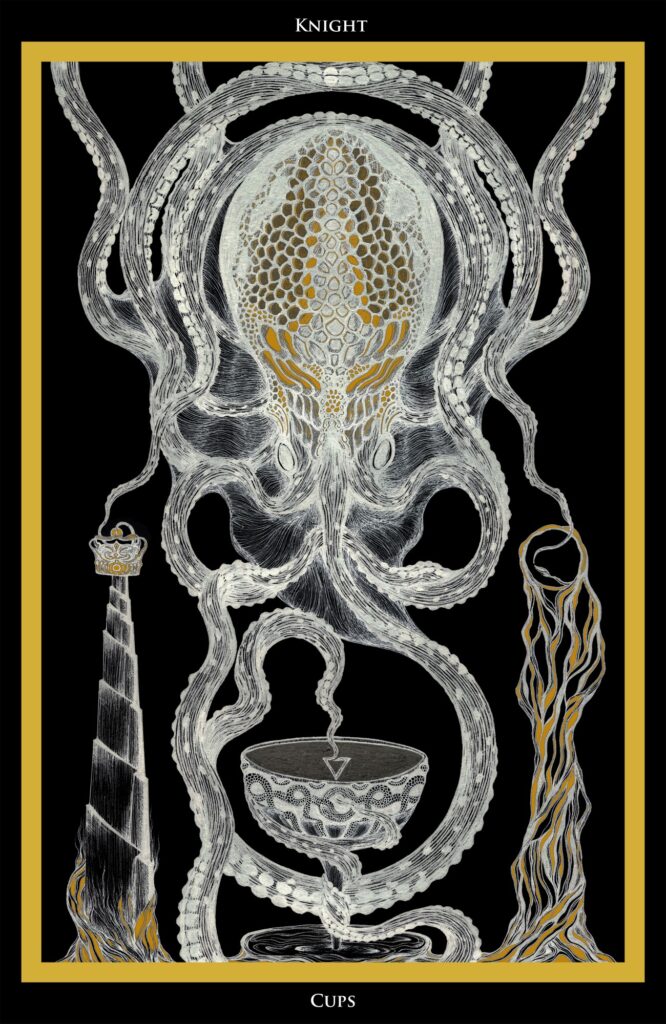 “the lord of the deep and guardian of the subconsciousness”

The kraken represents an unrecognized or unknown intelligence and insight into the deep. He would be the male or active force which protects the passive principle or the origin of awareness. On the left side we can see the symbol of the dark tower, associated with Orion, origin or boaz, the left pillar. On the top sits his crown. In a kabbalistic context as lord of the great sea he is the guardian of binah or even one king of edom.
With his various arms he represents an all-embracing force of control but also preservation. One could refer to the symbol of the orphic egg which is protected and separated ( cells, organs, our brain, to earth, dimensions, the universe or to any encapsulated system) from the next more complex system or hierarchy.
As such, the knight of cups represents this guardian which one must pass to recognize other states of being and a wider view of the whole.
He is the dark aspect within oneself which will guard the feelings and inner depths with a shield and protects the consciousness by transferring harmful experiences into the subconsciousness. This guardian keeps one unaware of too complex details in daily life.
There he sentinels all these ugly secrets, not socially accepted behavior as well as unresolved karma, memories and topics one has to deal with at a certain point. As such, he becomes the keeper of the dark aspects we are not able to deal with yet – this sea is a deep and cloudy one. These topics are not dark because they are trivially bad, but just because one is not obviously aware of them right now. To dive into this nameless sea can be dangerous. To investigate the first layers can lead to depressions, addictions, outbursts of anger, sorrow and nameless fear. It is advised to deal with this issues first, take a deep breath and and dive deeper – but slowly and steady and never too fast. If this process happens to quickly one can get lost into the confusing tides of the own self.
What has been revealed or seen can never be hidden again – be aware of that fact when researching these deep currents within oneself. To awaken the sleeping kraken can be life-changing and shifts the tides of power completely, whether this journey refers to our own daily life or even occult practices (compare to the Cthulhu mythos). But there is hope and a way forward from this deep state of mind. This hope is represented by the tree, symbolizing the right pillar, the future or Jachin on the right. The kraken is touching a single young leaf which indicates that the tree will eventually flourish again. 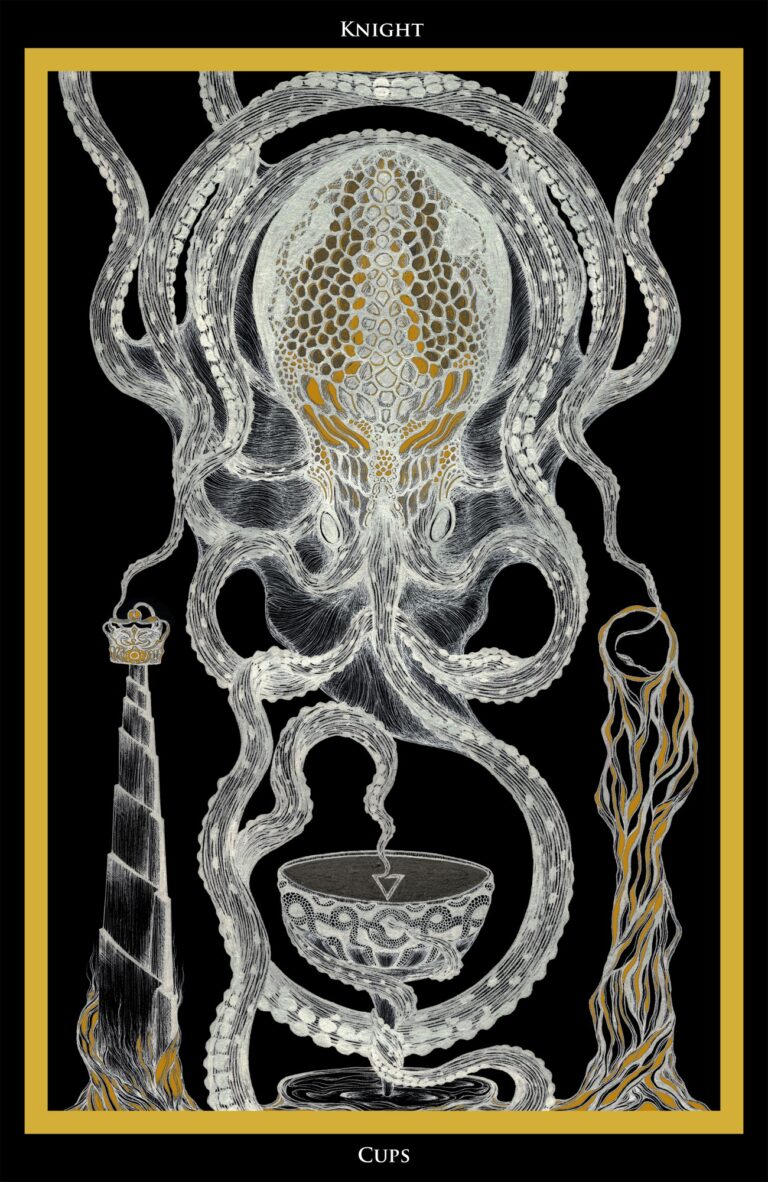