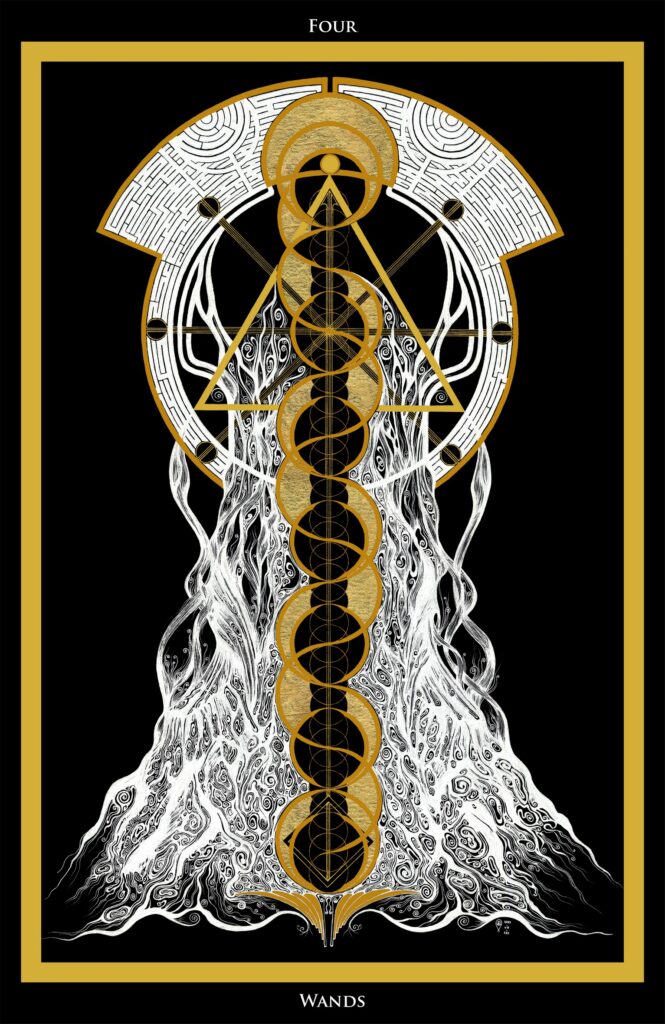 On this card one can observe several symbols.
Thirty-three small circles are surrounded by seven bigger circles. A spiral upwards connects both of them in a flowing matter.
In the upper area the wheel of four wands is emerging within a triangle. Above the triangle a maze is surrounding the upper area.
The bigger circles represent the seven chakras within the spine, which is pieced together by 33 vertebrae (the smaller circles). The spirals which wanders around and within them are analogue to the kundalini and the currents of the nadis – Ida (left), Pingala (right) and Sushumna (middle).
This pillar in which the energy floats is surrounded by random patterns. These patterns are not random in the sense of chaotic forces, but they are rather gravid with potential and constructive energy. The goal is to call these forces to order and balance them in a productive way. This process is slow and steady in the best cases and leads to development of mind, body and soul. This is represented by the triangle in the upper area.
The symbol of the Jacob’s ladder in western mysticism is analogue to this teachings.
The assignment which this card reveals to us, is to start laying healthy roots and at the same cutting those which are rotting. This cut is neither brutal nor forceful but rather a dismissal of the forces which one can’t control or order yet. The task is to let them be free again into the constructive chaos, to be re-woken once again one day, when the time has come to “be together” once more.
Once one is free, the ascent into balance and order can begin. This order is a synthesis of all of that which happens naturally – it is never forced and involves only the self and never others. One cannot order or control another being, but the will to do so would reveal the negative aspect of this card. This attempt wouldn’t involve the intent of establishing power over others, but rather the intention to help, where no help is needed nor necessary. Sometimes it can be hard to take a step back and just let people be, who they are, but it is necessary for their own development.
There is a danger of looking down on fellows who aren’t there yet or to elevate oneself above others.
This can be a time of prosperity but also separation, so make sure to keep your connection to the world when reaching this point.
If the card describes oneself, it is a symbol for inner harmony and the peace between the inner forces that thrive one another. The transition into this step in life can proudly be seen as a milestone, but not the ultimate goal.
Coming home or returning to the self is sacred because it is a healthy reverence to the inner core.
It is now time to step back and look upon the things one has achieved, within and outside. One has reached the glade, where it’s save to rest and breath deeply before wandering along. The next step will be only the beginning of a new journey, symbolized by the maze and the two circle, representing new choices to make when wandering on. 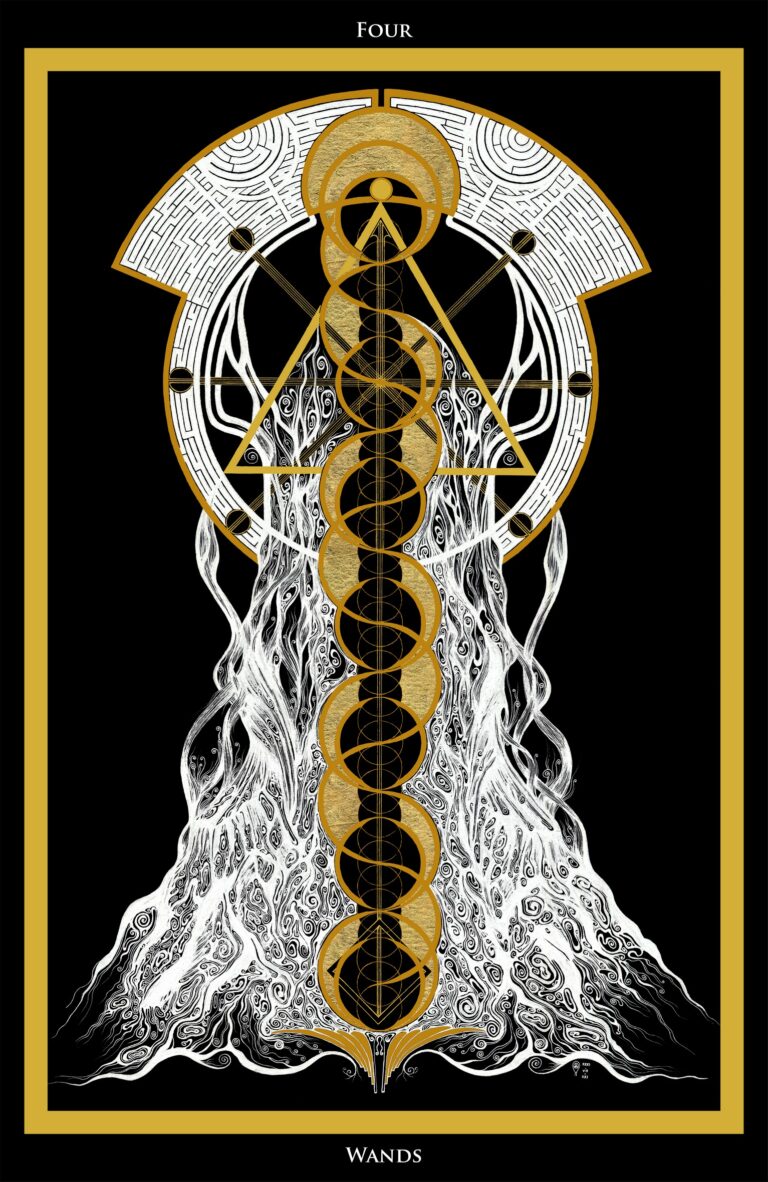